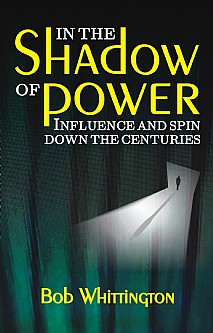 In the Shadow of Power

Influence and spin down the centuries

From Alexander the Great to Saddam Hussein, from Cardinal Richelieu and Howard Hughes to Martin Luther King and Pope Benedict, emperors and tycoons, presidents and popes, they have all had a right hand man – or woman – at their side advising, sometimes influencing and occasionally manipulating. The operating style of the ‘fixer’ or éminence grise has changed throughout history from one of absolute discretion as adviser to overt spinning with even a desire to share in some of the ‘fame’, but their presence has always been a constant theme.

In The Shadow of Power throws a brief spotlight on some of the people who practised these dark arts hovering on the edges of history, lurking in the background, occasionally rising to positions of absolute authority while managing to remain behind the scenes.

This selection reveals certain common traits – a devotion to their master, a ruthless determination to protect and serve regardless of the price, an ability to survive.  Many of the individuals will be unknown to some readers although the masters they served will all be household names.

Not all are men, of course, the strong woman behind the successful man is commonplace. They have worked for good and ill, some moving from the bedchamber to positions of absolute power; many just like their male counterparts seem to have been driven by their lowly backgrounds with their intelligence simply proving too much for their well-born masters.

They come in all guises: diplomats and courtesans, concubines and clerics, politicians and journalists, and from many different countries in Europe and India, China, France and USA, but the role of the éminence grise is often a dangerous one and getting too close to the powerful can prove fatal.


A fascinating and enlightening read for anyone interested in history and politics.

'...is an interesting study of Power Politics among men striving for the Top Table through the grisly poles of military power, wealth and religion. ...the shadow individuals themselves are brimful of ambition, brilliant mind and tenacity of character. ...keeps the reader absorbed as if he is reading a novel that is a blending of adventure, intrigue and romance. Historical facts of anecdotes further enhance the value of the book to a discerning reader'. India Link International

'...a fascinating book...tells the story of many advisors and spin doctors down the ages who assisted the good and the downright evil. It goes far, far back, to Henry VIII and beyond, when Cardinal Thomas Wolsey was that era'a equivalent of today's immaculate gents ducking and diving in and out the doors of Downing Street.' The Weekly News

'Book tells tale of the 'fixers' behind scenes ... Malcolm Macdonald, referred to by Zhou Enlai, the First Premier of the People's Republic of China, as "the only capitalist we can trust" was the inspiration for Mr Whittington's book...' Courier (Sussex)

Noon, with a View
Gulam Noon