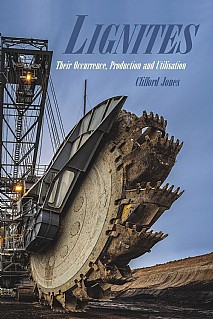 Their Occurrence, Production and Utilisation

Lignites are a fuel resource upon which there has been heavy reliance for a long time in several parts of the world. Indeed, lignite (also known as low-rank coal, brown coal or braunkohle), has been used for electricity generation in some regions for a century or more. These coals can, after a mild drying process, be used directly as a fuel and this remains the dominant form of usage. The coals can however be beneficiated in a number of ways including moulding into briquettes for export. Other new technologies applied to brown coals include slurrying and solar drying to make a hard product also suitable for export. Very importantly, over a period of 70+ years there has been hydrogenation of such coals to make liquid fuels.

This volume covers all aspects of the subject from the nature of lignites in situ to detailed coverage of fuel usage including figures for electricity generation and carbon dioxide release. Processing technologies including briquetting and carbonisation are described as are gasification, to make a fuel gas or a synthesis gas, and their conversion to liquid fuels. The book provides an international review, setting in context the use of lignite in various regions of the world.

Where appropriate the book includes information about industrial plant and processes and uses information from key research and development. It also considers the important issue of carbon dioxide emissions which in the past has sometimes worked against lignite utilisation. This issue is covered with some emphasis and also deals with carbon capture and sequestration from power plants. Co-firing of lignites with biomass is also considered.
This is the only recent comprehensive volume on the subject, bringing together for the first time a full account of this important fuel.

Students and lecturers in chemical engineering, energy and fuel technology, practising chemists and engineers in industries using low-rank coals will also benefit from it, as will anyone involved with energy use policy and decision making.

‘A vast amount of work must have gone into assembling this data... ...is well written in simple language with clear definition of terms and without the use of arcane terms which are not uncommon in coal science and technology. ...is very beneficial for a reader who is interested, but not an expert in this area of coal technology. An enormous amount of information has been packed into a small space. The book has been most carefully prepared...’ FUEL

‘...provides a well-written précis of all aspects of lignites from an international perspective. The book is well organised into 24 short, uniformly formatted chapters, all with references for the reader. ... The book’s strengths are in its presentation of the analytical and physical science of lignites in tutorial style, with worked examples the reader can readily connect with... ...comprehensively covers the science of lignites, fuel usage for electricity generation and CO2 release and the relevant processing technologies. ...is a valuable text for engineers and scientists involved in energy production and managers and administrators involved in energy policymaking. It is well worth the purchase price’. Chemistry in Australia