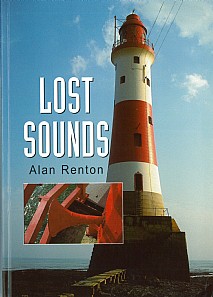 An intriguing history and one not to be missed. The book visits a number of lighthouses at different times over the last 130 years to reveal the philanthropic, scientific and romantic story of the fog signal - how it came about, how the machinery worked and, for the mariner and the keeper, what it sounded like!

The development of fog signals complemented the expansion of lighthouse construction worldwide from the last quarter of the 19th century and represented the attempt to provide a navigation aid to mariners when the beam of light from the lighthouse lens was obscured by fog. This aim, despite the best efforts of the available technology, was frustrated by the medium of air with its effect on sound propagation, but the attempt to overcome the difficulties encouraged many eminent Victorian scientists and engineers to help shape the story of fog signals - the development of powerful machinery specifically designed to send loud noises out to sea!

This story of fog signals is drawn from visits and site surveys at specific lighthouses with wide research of original documents held by the lighthouse authorities, private companies, museums and archives. Lost Sounds reveals the practical developments of sound signals from the early percussion instruments to the later succession of compressed air sirens and diaphones through to the last remaining electric emitters.

'... Alan has successfully produced an authoritative and seminal work of unparalleled depth. ... This book must rate alongside Douglas Hague and Rosemary Christie ... as a core work of reference and required reading by everyone remotely interested in coastal aids to navigation. It cannot be recommended too highly'. LAMP

'A labour of love, recommended reading in general for all romantics who, like me, regret that on fog-bound days Pendeen foghorn, or any other for that matter, will never be heard mooing or booming again, and in particular for lighthouse engineering buffs, Alan Renton's unique Lost Sounds ...' Western Morning News

'It is thoroughly researched, profusely illustrated with photographs and drawings, and well-written. ... there is considerable local appeal in the form of the cluster of fog warnings guarding the treacherous waters around Cornwall and the Isles of Scilly'. The West Briton

'Lost Sounds is a book for lighthouse and lightvessel enthusiasts or those curious about how such seamarks have been built and operated over the past couple of centuries. ... also contains much historical information about the construction and operation of many of our lighthouses and lightvessels.' The Nautical Magazine