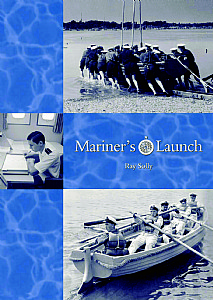 This story chronicles the growth of a youth, from naïve 16-year-old to a mature young man, capable eventually of accepting the grave responsibilities entrusted to a watch-keeping officer on the bridge of an ocean-going ship. The reader follows his voyage escapades and sees him ambushed by pitfalls resulting largely from his innocence. Collectively these incidents capture the atmosphere of service as a navigating officer cadet in yesterday's Merchant Navy.

Cargo handling and seafaring were then highly labour intensive. Ships were smaller in capacity and, with their forest of derricks, were constructed differently from today's clear-deck container and bulk carriers, but needed larger crews. Seamen nevertheless enjoyed a leisurely life, accepting as 'the norm' worldwide cargo delays and strikes, and having to invent their own unique brand of shipboard entertainment.

With humorous touches, the author brings alive a lifestyle which epitomised excitement and adventure during this 'golden age' of international shipping, and where young people were expected to meet demanding everyday challenges.

It will be of immense interest for ship enthusiasts and those who enjoy maritime and modern history - to everyone, in fact, who enjoys a salty tale of the sea.

'Focuses seafaring 'spot-on' - as Mortimer does for law - and Herriot for vets!, World Ship Society

'Ray Solly translates his observations into a record of moments of madness, danger, companionship and hilarity known to all who went to sea in the post war period. ...don't miss this book, it really did happen this way.' Sea Breezes

Nothing over the Side
Raymond Solly