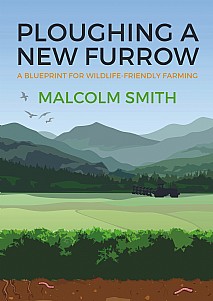 A Blueprint for Wildlife Friendly Farming

Farmland wildlife has been decimated by intensive crop growing using pesticides, grubbing up hedges, ploughing heathland and draining marshes, etc. With too many sheep grazing our moors, hills and mountains, a range of upland plants, invertebrates and birds has been diminished and the land converted to closely-grazed turf, perfect for heavy rain to cause catastrophic downstream floods. Once common farmland birds have declined by 54% since 1970 with farmland invertebrates declining by 40% in a few decades. Since the 1930s a staggering 97% of our once flower-rich meadows has been lost.

Ploughing a New Furrow examines these stark figures and in the context of Brexit considers the unprecedented opportunity for wildlife once again to be nurtured by Britain’s farmers alongside food production, reversing the enormous plant and animal losses our farmland has suffered.

With its financial largesse, the Common Agricultural Policy (CAP) has encouraged farmers to destroy huge areas of wildlife habitat in Britain’s lowlands and seriously damage large tracts of our uplands, depleting Britain’s farmed land of much of its wildlife. With responsibility for farm policy to be transferred back to the UK, these enormous losses could be reversed and Britain’s farms made wildlife-rich once more.

This book is based to a significant extent on conversations with farmers and on the achievements and experiences of some farmers who have made good use of agri-environment payments to reinstate lost habitats and manage their remaining wildlife more sensitively. The author sets out the case for removing or capping subsidies, supporting organic and other more sustainable forms of agriculture and the conservation of soils and the rich life forms they hold. He proposes a set of policy changes and other measures that should be adopted by the Government post-Brexit to make the 70% of our land that farming occupies rich in wildlife again.  Literally food for thought!

This should be of great interest to all farmers, land managers, conservationists, anyone interested in food production and the natural world.

‘the author has researched his subject admirably. …is an informative read about the myriad ways the policy decisions may impact on farm wildlife across the UK. …the author has made this often impenetrable subject approachable’. Plantlife

‘…considers the unprecedented opportunity for wildlife once again to be nutured by Britain’s farmers alongside food production, reversing the enormous plant and animal losses our farmland has suffered’. Wildlife

‘This is a must-read for agricultural and conservation students alike but it will also appeal to farmers, environmental practitioners and anyone that takes an interest in the health of the farmed landscape. The timing of this book has never been more poignant with the backdrop of Brexit. …this publication serves as an ideal cue to review where we are at with each of these conservation challenges…’ BTO – British Trust for Ornithology

‘This is a balanced and informative book that is timely and relevant – a must read for anyone with an interest in farm wildlife issues and the future of farming in the UK’. Butterfly

‘…must be one of the most thought-provoking with regards to farming in the UK and how farming practices and wildlife might coexist in the future. There is so much in this thought-provoking book you must read it…’ Dumfries & Galloway Life

‘Malcolm Smith’s book comes at a critical time. Farming is on the cusp of a new era in light of Brexit… …an intelligent and thorough walk through of the issues surrounding farming and wildlife. The subject matter is successfully brought to life through his narrative and it is clear that he is well-versed in the issues through actual experience…’ Kate Priestman, Inside Ecology - See here for full review