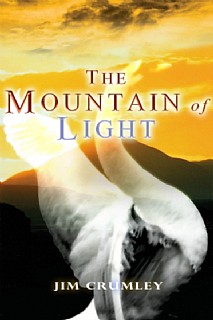 The Mountain of Light

This is a unique mixture of folk-tale, magic, myth, love story and hymn of praise to the natural world of Scotland's high and low lands, their landscapes and creatures, and the poet-guardians who timelessly maintain their care for them.

It is the legend-story of the mysterious Wanderer, who comes from the North to Striveling (Stirling) and its great Castle Rock, and the tales he tells to the five men and a woman who befriend him there. Who is this Wanderer, who seems ageless, who has profound affinities with animals and birds, who can take on the shape of swans, and what is his mission to the South? Who are these friends, whose friendship becomes more, as they begin to realize that they are part of the strange, timeless and mythic destiny of a country older than civilisation? What is the meaning of the unearthly love of the Wanderer and the mysterious Bella?

Crumley's story is in essence that of nature itself, exploring areas far beyond conventional history and fiction; if his work has predecessors, it is with Celtic folk tellers, Scotland's poets and a few modern writers such as Neil Gunn, Lewis Grassic Gibbon, Naomi Mitchison and George Mackay Brown.

Something Out There
Jim Crumley