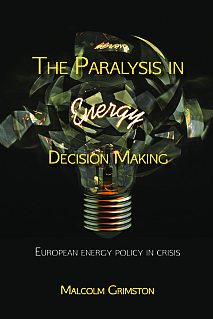 The Paralysis in Energy Decision Making

This analysis of decision-making in the energy field, especially electricity in the UK and Western Europe, provides a critique of the various claims that are made for different ways of approaching the critical need for vast amounts of new investment. It explores reasons for the paralysis in decision-making, which is contrasted with past periods of rapid change, including the growth of electricity and renewables in the late 19th century, the development of centralised grids in the 1920s and 1930s and the rapid deployment of nuclear power in the 1970s and 1980s.

The UK faces a potential crisis in investment in its power infrastructure just as the need for new electricity-generating capacity is becoming urgent. Over the next decade or so the majority of its existing power stations are likely to have reached the end of their operating lives yet very little new reliable capacity is being built to replace it and a government decision to build new nuclear power stations announced in early 2008 had produced no fruit eight years later.

This book briefly reviews the history of each major fuel then considers the reasons for the decision sclerosis and suggests possible ways out of it. It reviews the difficulties of investing in long-term electricity generating capacity in competitive marketplaces; the problems caused by a lack of understanding of basic physics among elected representatives coupled with a degree of short-term political opportunism; the fundamentally dishonest approach of the Big Green industry; a naïve approach to communication on the part of the energy industry itself and a lax approach to scientific rigour among those advocating action against climate change which has bred disillusionment and suspicion. Comparisons with recent experience in Germany and Japan are offered to illustrate the issues.

Introduction – the fatal sclerosis in energy decision-making
Fossil fuels
Nuclear power
Renewables
Energy efficiency
Energiewende; Japan – a worked example of medium term power capacity shortage
The liberalisation of power markets and its effect on investment
Climate change
Politics and energy: the tripartite relationship among the technical, political and public realms in the age of inertia
Public perceptions and the strange case of radiation
Conclusions – unblock the arteries or wait for thrombosis?

Students and teachers of energy policy and politics; environmentalists, policymakers, advisors, civil servants, etc. and anyone with a broad interest in the detriment to the modern way of life that is threatened by this decision sclerosis.

“Thanks for the extra care in packaging. It arrived in perfect condition. ”
Belinda, USA
“Many thanks for your friendly, helpful and efficient service. It is much appreciated. ”
Chris, UK
“Thanks for your excellent service. ”
Paul, New Zealand
Dunbeath, Caithness, Scotland KW6 6EG, UK T: +44(0)1593 731 333 E: info@whittlespublishing.com